Or why the Democrats are losing this fight. And what they can do, if anything, to win. 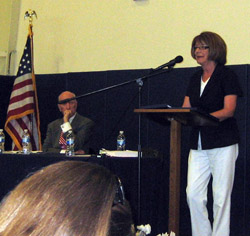 I went to a local town-hall meeting run by Susan Davis (D-CA) to show my support for Health Insurance / Health Care reform and what I learned about the vast majority of the opposition was surprising.

Susan Davis prepared a few information sheets which her staff handed out to all attendees on their way into the gymnasium to find seats. These sheets contained summaries and graphs of why health care reform is crucial, and debunked common lies about HR.3200: 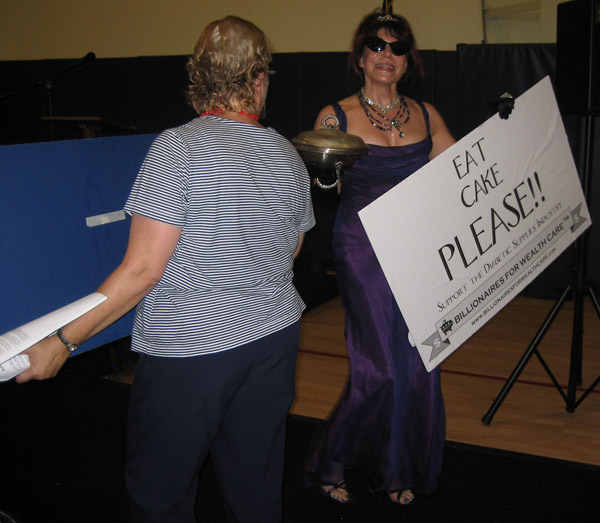 A Right Winger eyes the fruits of her labor 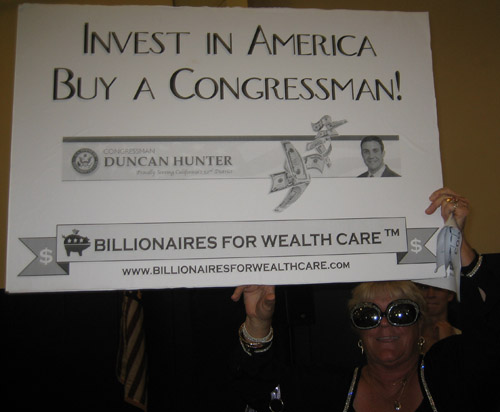 The billionaires can be slightly detached from reality. Not everyone can afford a congressperson.

I thought that the reasoned, convincing argument that was on these pages would have brought anyone against this bill around. But these were not reasons enough for people who regularly watch Right Wing cable news and listen to Right Wing radio. The people I spoke with were absolutely convinced that this health care bill would take away their freedom.

Now here’s the shocker: about 90% of the people who attended this meeting want health insurance reform. The opposition is opposed to HR 3200 for two primary reasons:

The first point needs to be combatted directly, point by point so that it is thoroughly debunked. The second point is actually a reasonable argument against reform — the only one I heard all day. 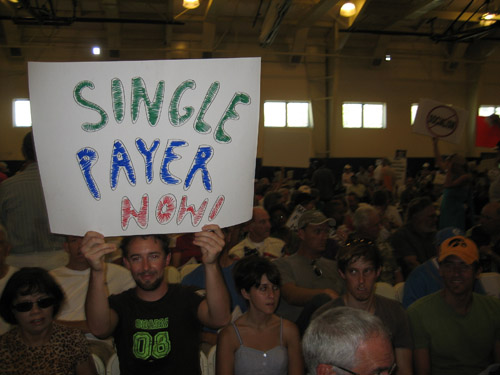 Unfortunately, the single payer idea is more dead than uninsured patients in this political climate

Susan Davis deserves a lot of credit for holding this meeting. She is the only Congressperson in San Diego to be holding such meetings. She’s also stood on the side of the people on multiple occasions in the past, I’ve particularly noted this on occasions when the powerful are on the other side. But to her discredit, when people vociferously demanded to know how we can pay for this bill with a mounting national debt, she largely dodged the question. She would answer, correctly, that we cannot afford no reform, and that HR 3200 introduces a pay-as-you-go system where people pay for their own insurance, poor people are subsidized, and rich people (annual income $375k+) are taxed extra. 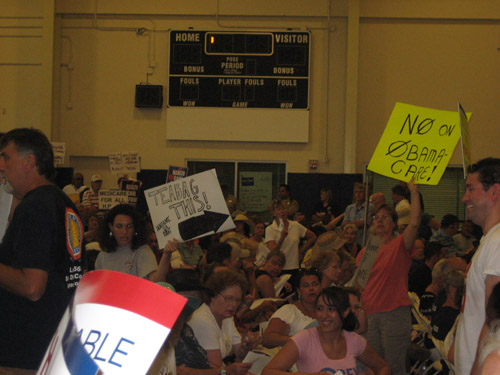 One way of handling the opposition

I believe she should have acknowledged that the national debt is a serious problem we face. She could have counteracted the cost argument by arguing that costs will be reduced with reform:

The audience shouted in disagreement when Susan Davis correctly stated that the United States has a poor infant mortality rate compared to other industrialized countries. As the moderator said, everyone has a right to their own opinion, but not to their own facts. Even though the audience did not believe this, we have to keep repeating fact over and over again until they cannot disagree. We have to discredit radical Right Wing sources like Fox News and Limbaugh until they have become suspect in their listener’s minds. We have to do this because there is no other option. It is either fight lies with truth or lose battle after battle to sheep unknowingly controlled by their corporate overlords.

But we need to lead by example, and Barack Obama is setting a good example for us to follow. We must listen to the other side without discounting what their concerns are. We need to be open to their points of view - accept it when they are right (for example, when they are worried about the national debt) and debunk when they offer incorrect information (like pretty much everything else they said). 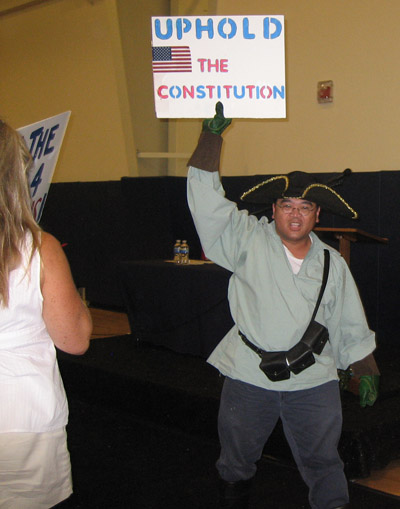 Everyone could agree with this guy. But it wasn’t quite clear what he thought was unconstitutional. 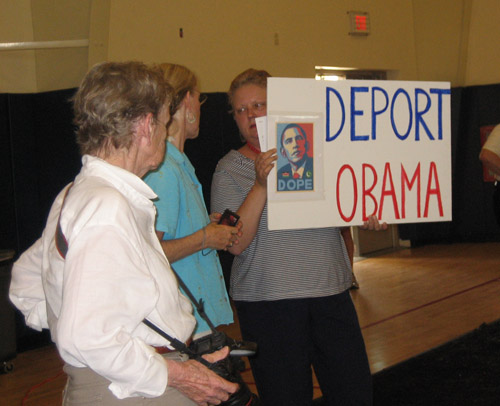 Hateful Jane: Yes. I’m here to ask a question about that. Attorney General Holder testified in the Senate Judiciary Commitee that there is no equal justice under the Hate Bill. He said the Hate Bill will not protect Whites, ministers, males, police and soliders; it will only protect such minorities as Homosexuals, Jews, Muslims, Blacks and Latinos. Why did you vote for a bill that discriminates against most Americans?

Despite my hopes, personal efforts, and what I experienced at the Obama inauguration, we are not living in a post-racial society. It was almost as if she said “Sodomites, Christ-killers, Ragheads and Naggers” - and yet seemingly half of the people in the gymnasium appluaded.

In what world are all ministers, police, and soldiers White Christians? You can read about the legislation on its wikipedia page: The Matthew Shepard Act.