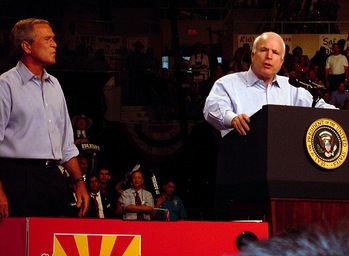 The budget deficit will jump by $246 billion to $407 billion this year, the Congressional Budget Office estimates in a report released Tuesday.
-Source

I guess nobody is surprised that George W. Bush has failed yet again. I’m not sure if W actually believed he would follow through with his campaign promise, but I’m sure he didn’t see the folly in relying on voodoo economics and a housing bubble in order to sustain the economy.